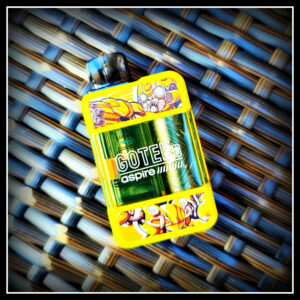 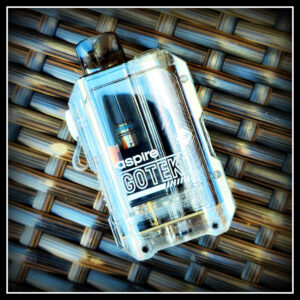 I’m back again with another review, folks! This time, we take a look at Aspire’s latest simple starter kits: the Gotek S and Gotek X!

Big thanks to Aspire who sent these kits to me for the purposes of review. Aspire are not newcomers to pod kits, and starter kits, with many models of them through the years. The Gotek’s though are a new line of devices, that seems to be geared towards going back to basics.

As always, I will be reviewing this kit as an average vaper, as most in our community are.

I was sent sample packs that included: 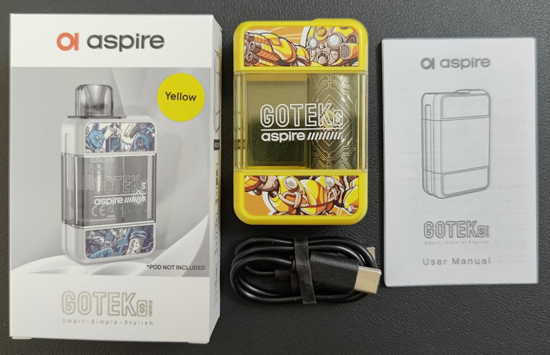 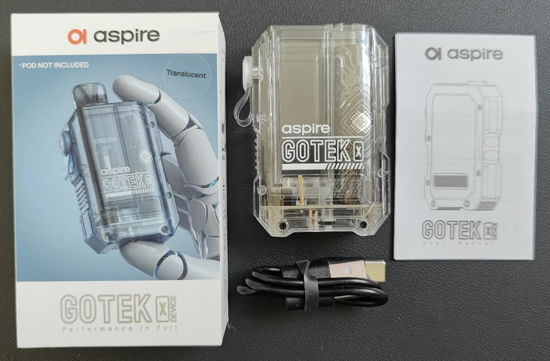 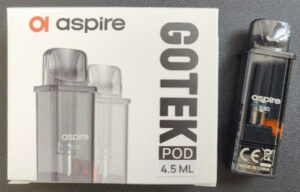 Both packs did NOT include any pods inside, and to be honest, I think this is the first time I have ever seen this from Aspire (I’ve seen other manufacturers do this before). I think I get why though- this is probably because these pods will be released as both refillable pods of prefilled pods. So, by the looks of it, these kits were released by Aspire to take on the disposables market that’s already bursting at the seams, which I think is pretty cool of Aspire!

I was sent a separate box of Gotek refillable pods, containing 2 x 4.5 mL pods with a 0.8-ohm coil. Unfortunately, I did not receive any of the prefilled pods and so I cannot comment on their performance and taste, but Aspire’s website mentions that these will come with a slightly increased capacity of 5 mL. Saying all this, I do hope that Aspire will release a retail package that will include at least 2 of the refillable pods to make it convenient for the vaper (having all the hardware they would need to vape in one box).

The boxes containing the devices are small and compact; in fact, the Gotek S box is pretty much of a similar size to a 20-stick pack of cigarettes! Both are packaged similarly: in front is an embossed and coloured photo of the device, with kit contents and manufacturer information printed around the outer box. The devices sit atop plastic trays that slide out, underneath which lie the device accessories and paperwork.

The Gotek refillable pods come inside a simple box, with the pods inside blister packs for hygiene and security. 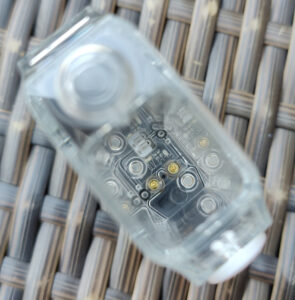 Starting with the Gotek X, it looks simple yet elegant! The shell is made of clear, see-through plastic, which is becoming en-vogue of late with several manufacturers releasing pod kits in the same fashion.

Because it’s practically transparent, all the internals are quite visible including the chipset and battery. The battery is wrapped in a jazzed-up, electronic and futuristic design though, which just adds to how much the device is pleasing to the eye. And with the pod installed, it’s so easy to see remaining e-liquid levels. Just a win for Aspire here for the overall design!

Branding-wise, I’m sort of on the fence about both. I know Aspire need to leave its mark on the hardware but I feel like it could have gone with a more subtle kind of branding, rather than the big and bold print they went for. 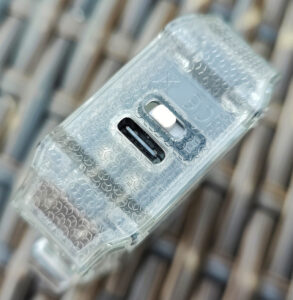 The device is also quite small and weighs almost nothing at 52g. It’s still lightweight with a fully-filled pod installed!

Still going with the theme of simplicity, there’s almost nothing to operating this device. Just install the pod and vape away! The only thing that has room for customisation is the airflow, which is found at the bottom beside the USB-C port.
Airflow control is achieved by sliding a button that protrudes just enough to grasp but is still out of the way to prevent it from catching any loose threads in your pocket. Airflow varies from a loose MTL to a tight MTL when the airflow hole is almost closed.

The LED light is also located at the device base. It lights up when vaping and also when charging. The pods install via strong magnets in a long and rectangular slot inside the device.
Lastly, there is a lanyard holder or loop attached to the device, which actually isn’t a bad shout given how light the device is. 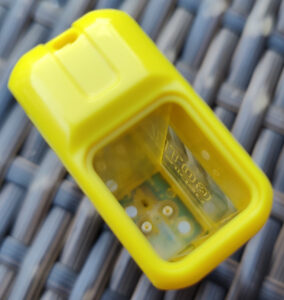 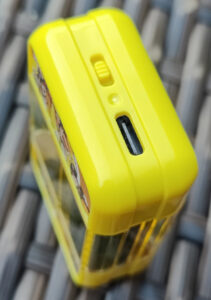 Both devices performed well, albeit slightly underpowered for my liking due to the voltage output limitations. But the vape should be warm and punchy enough for the new vaper, with battery life enough to last the majority of the day.

The pod is made from what seems to be PCTG and is slightly tinted although this doesn’t interfere with easily seeing juice levels. 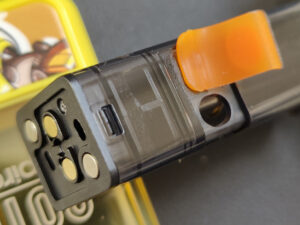 The mouthpiece is comfortable, in its curved duckbill shape. The fill port is on the side, is secured by a rubber bung, and is just the right size to accommodate most e-liquid bottles. I didn’t have any unexpected issues with refilling this pod.

The fixed 0.8-ohm coil gave off decent flavour (6.5/10) and a warm-enough vape. Although there is a slight difference in voltage output between the Gotek S and Gotek X, I didn’t really feel any significant difference in the vape when using the same pod in both devices.

One thing I will say though is that the flavour could be better judging by the coil used. It does come off as slightly muted sometimes, and I think this is probably because of the pod’s elongated shape. The coil itself is normal in length but there is a long and wide chamber above it that connects the coil to the mouthpiece. I think it’s somewhere in this long chamber that some of the flavour is lost when vaping. Perhaps the flavour can be further improved in a re-design that would take the coil closer to the mouthpiece.

For Aspire’s target consumer audience, I would still definitely recommend the Gotek series of devices and pods. These are great kits to use when making that jump from disposables to refillable pod systems. They are very simple to set up and use; there’s hardly any faff involved due to using refillable or prefilled pods, and they are so portable to carry around.

My warmest appreciation again to Jackson and Aspire for sending these kits for my review! To purchase either kit or to find out more, head over to Aspire via the links at the start of the review.